Tofthill Farm, which sits on the banks of the Tay to the East of Perth, Scotland, has been farmed by the Stewarts and their ancestors since the 1930’s. It is third generation owned by Will Stewart who runs Stewarts of Tayside along with his wife Sheena, our HR Director and his son Liam, our Managing Director.

Although the company is now focused on growing swede and soft fruit, this has not always been the case. In the early days of the business, 40+ years ago, and prior to incorporation, the farm was run very traditionally with minimal labour, equipment and even some sheep and cattle. However, this was not proving to be sufficiently profitable in order for the farm to be bought out from the wider family so a decision was made to start growing soft fruit as well as a number of vegetable cash crops.  This lead to the farm being acquired and eventually to the incorporation of Stewarts of Tayside Limited in 1988.

For various reasons the business started to focus on swede and soft fruit in the 1980’s, this subsequently proved to be a significant turning point and one which ultimately led to consistent organic business growth ever since.  Swede is a natural crop for the East of Scotland growing environment and it was felt there was a gap in the market for the business to expand in that area, particularly with where the farm is sited and their growing reputation. The rest as they say is history, and over the next 20 years the company steadily grew to be one of the largest growers in the UK.

Alongside the expanding swede enterprise, the soft fruit business was also gathering momentum. The local area is synonymous with growing soft fruit, particularly raspberries, so between the climate and the natural seasonal fit with growing swede it worked well for the business. In the early days raspberries were to the forefront and these were grown for the processing markets, which was a big industry at the time. However, demands for fresh produce intensified so in the early 90’s a decision was made to switch to the fresh market, which proved to be a good decision and the focus is now on growing both strawberries and raspberries.

Will and Sheena joined the business in 1995 with a specific aim of expanding the soft fruit enterprise. Will has a lifetime of experience in the sector and working alongside his brother, Jim, he helped to oversee significant growth since then. Eventually their son, Liam, would join the business full time in 2011 and Will would take control of the company in 2015 as part of a family succession plan when Jim retired from the business. This has ensured continuity for the next generation for Will’s family and for the chapters that will unfold from this.

Today the company is believed to be the largest grower of swede in the UK and the largest independent soft fruit grower in Scotland. This has been achieved by working closely with their customers, including some of the major national supermarket chains who increasingly sought direct sourcing of produce, which has long been our key selling point – the ability to grow, harvest, pack, and deliver entirely under our own direction. 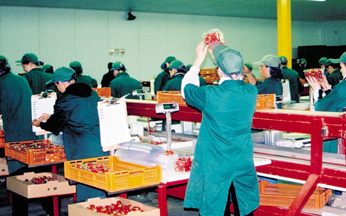 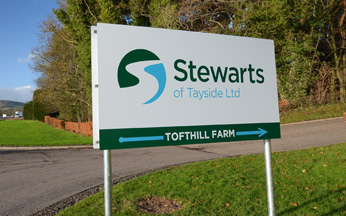 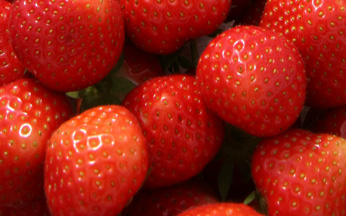